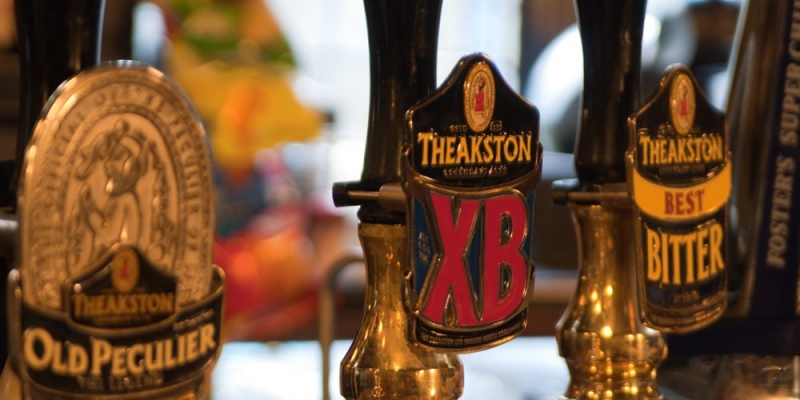 Delve into Hull’s Old Town and you will find curious cobbled streets, filled with the inviting scent of a good alehouse.

Rich in history, these pubs all have interesting backstories, with some of them dating back to the fourteenth century. Let’s go on a tour of the city’s top Old Town boozers.

Housed in one of Hull’s oldest surviving buildings, Ye Olde White Harte is possibly one of the most mysterious venues in the area. The dark, oak-panelled walls, tiled fireplaces and fascinating decor add to its allure, and there’s even a human skull sitting on one of the shelves.

People have suggested that the bones belonged to a young servant girl in the 1800s. Others say that they are the remains of a boy who suffered a blow to the head from an intoxicated sea captain. If this isn’t unique enough, the fifteenth-century drinkery is said to be the spot where the English Civil War was first sparked.

This pub originally served as the gatehouse to what was The George Hotel and is now home to England’s smallest window. A youth is said to have perched behind the clearing to greet visitors and grant them entrance to the guesthouse.

What is perhaps more peculiar is the street name, The Land of Green Ginger. No one truly knows where this title came from, but it has been suggested that it was a place where spices were stored in the Middle Ages. Another theory is that a Dutch family with the surname Lindegreen (translating as ‘green lime tree’), lived in Hull during the 1800s.

Lastly, it has been suggested that the odd term originates from Landgrave Granger, which means a walkway approaching the home of the Landgrave family.

The Lion and Key

Now serving some of the best fish and chips in the city, this joint was originally a coffee house. It gained its name when the town of Ciudad Rodrigo in Spain was captured by Wellington. The area was said to be the key to conquering the country.

Additionally, the sign outside the inn previously included a lion clutching a large key in its paws.

This tavern got its name from the first ever ship to arrive in Hull’s original dock, the HMS Manchester.

The building is said to be haunted by a woman, who the owners have nicknamed Beryl. She has reportedly flickered lights, turned off machines, and often runs her fingers through people’s hair. Don’t be alarmed, however, as the only spirits that we have seen are those safely stored behind the bar.

Ye Olde Black Boy is said to be the oldest public house in the city. The structure impressively dates back to the 1300s, but the bar gained its license in the early eighteenth century.

It has been suggested that this was MP William Wilberforce’s local, as it is just a stone’s throw from his Georgian-style home. Nevertheless, the unusual name of this pub is not connected to slavery. Instead, it is thought to have emerged at the time when the premises were leased by a tobacco merchant, the symbol for which was a Native American smoking a pipe.

If you do pop into any of these pubs for a pint, let us know by tagging us in your photos on Facebook and Twitter.